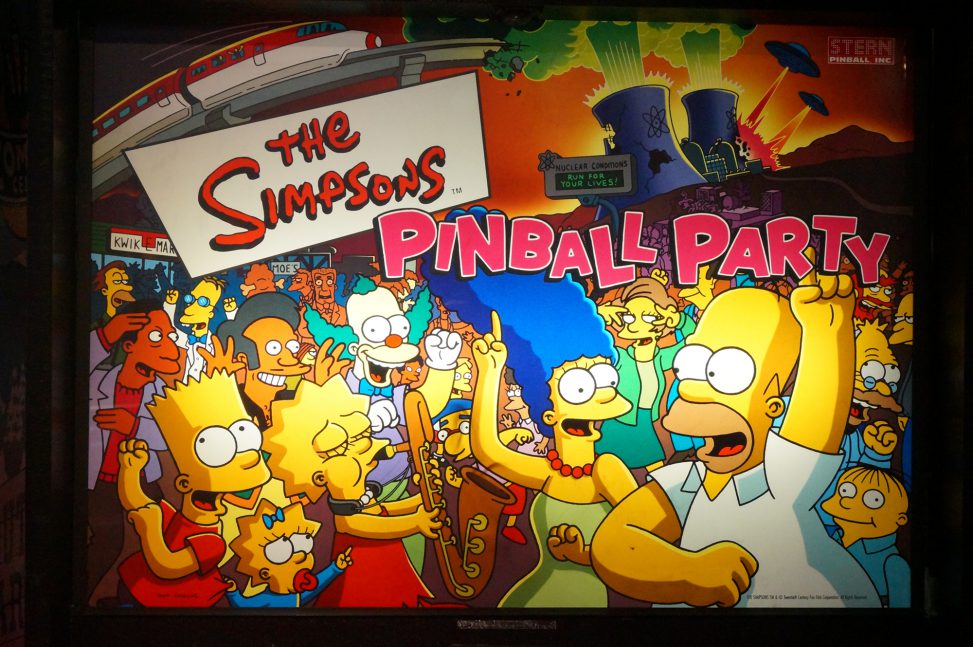 The adventures of America’s most colorful family, THE SIMPSONS, are transformed into a wild affair in STERN Pinball’s newest pinball machine, THE SIMPSONS/PINBALL PARTY™. The game features many of THE SIMPSONSfavorite characters on a two-level playfield, complete with game modes influenced by various classic SIMPSONS’ episodes.

The object of THE SIMPSONS/PINBALL PARTY™ is to help the citizens of Springfield to party like there’s no tomorrow. The game features a talking-moving Homer head and Bart on a skateboard attached to a captive ball feature, as well as Itchy & Scratchy drop targets and Comic Book Guy. The garage door in THE SIMPSONS‘ house leads to the second playfield level which features a dot matrix color television, a monorail that transports the ball across the playfield and a couch that when filled with three pinballs starts multi-ball.

Gary STERN comments, “THE SIMPSONS/PINBALL PARTY™ is a great game with action for players of all levels. The title THE SIMPSONS appeals to all ages, but particularly to our core 20’s to 30’s market.”

Keith Johnson, former Williams employee and software designer on THE SIMPSONS/PINBALL PARTY™ says, “In the last 12 years, both pinball and The Simpsons have come a long way, and it was my goal to design a game that illustrates that perfectly. Casual players will be attracted to the Simpsons license and the compelling gadgets. Regular players will be astounded by the sheer amount of things to do and accomplish on the game. I think players of all kinds will be drawn in and find the game satisfying regardless of their skill level.” 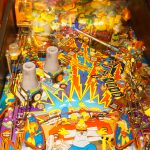 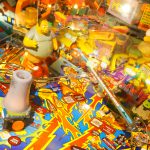 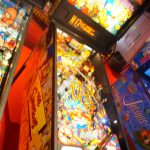 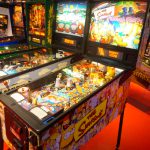