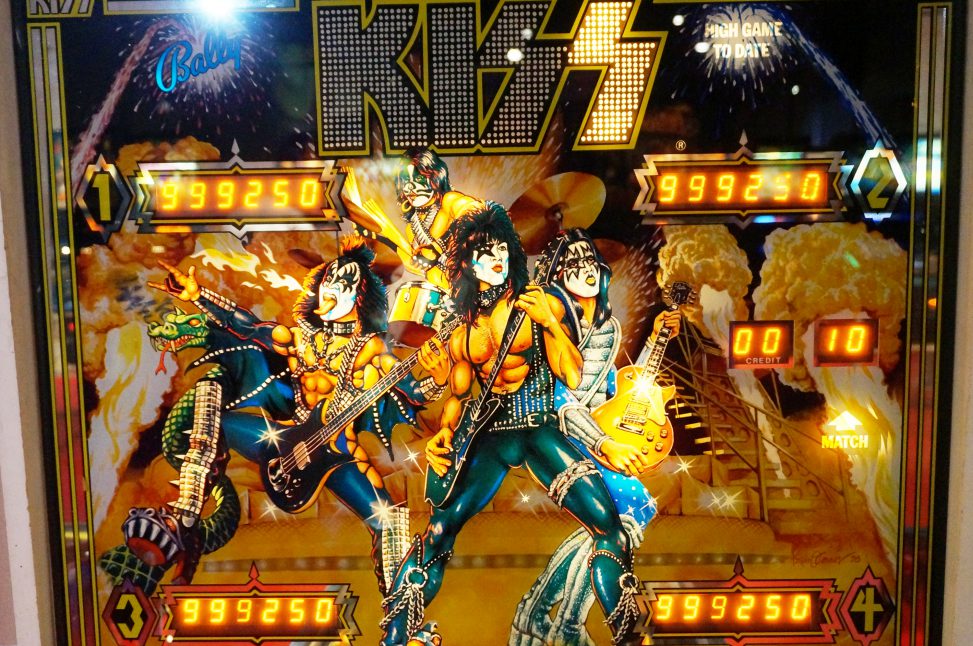 Used a different power supply than the other 3rd generation tables.

A ‘Kiss’ prototype was built which used speech. Allan Reizman, Engineering Lab Supervisor at Bally, shares his remembrances of this:

The talking Kiss prototype did make it out of the lab at least once and was displayed at the 1979 AMOA show in Chicago where it was viewed by all. I believe it said things like, “Shoot the K” and “Kiss!” when you completed a Kiss row. Somebody recently reminded me it groaned, “Too much Rock and Roll!” when you tilted it.

The game was only done as a one-time concept.
In this listing is number three of a reported eleven prototypes made, and the Bally paperwork refers to it as an Engineering Sample. The information provided by its owner is as follows:

Bally gave their employee Bruce Kalas this Kiss game on June 29, 1982. Bruce had the game until 1988. Project number NT 1152. Per Bruce, the game did work. The backglass does not lift out, it hinges. There is no on/off switch under the cabinet bottom. The game is supposed to start by typing in a code in the backbox keypad, which has the words Game, Enter, and Test. There are no batteries on the board(s) in the backbox. The ROMS say “experimental”. Every coil is marked by hand.

The owner subsequently commented on what the original Bally owner had told him about the disposition of the other ten prototypes:

This machine (serial number 1152-3) was given to the original owner free by Bally. He said the boss came and told all the workers to come and stand by the machine that they wanted and the Kiss prototypes were the only ones left from which to choose. There were 11 prototypes and he was the last employee to choose so he got prototype number 3. The other 8 were destroyed with sledgehammers. He said he watched them do it. He claims he didn’t want the machine but the price was free so he took it. 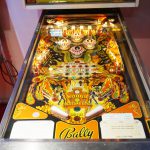 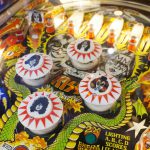